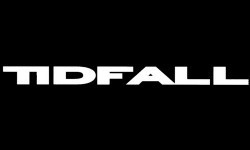 Q1: Who are the founding members and WHY has the band been born; when was the birth of Tidfall?

A1:Founding members where Abraxas, Zarthon and Rogon D. Bloodgraat (who's no longer with us... kicked
out) who started the band in the shift of 1992-93. Aftaneldr (Me) and Sorg joinded mid -95 as the band then reinforced themselves with synths and a permanent bassplayer. This was also the time when the band begun to be known under the name of Tidfall and the first demo was released. The band was born out of the same reasons as the ones holding the band togheter at present: Common profound interest in music, and fruitful opinions and ideas whitch makes Tidfalls basis for compositions and expression consist of a conglomerate of differences. And when these differences form the end symbiosis, the result is extremely powerful! And of course; good fellowship!

Q2: Since a review with the german magazine Legacy we know that the band's name means something like a "timeless" kind of dimension or something. I don't remember exactly... please tell us what "Tidfall" means.

A2: Translated directly it will mean something like "The Fall of Time". It's a somewhat hypothetical mind-experiment on different aspects of time and the possibility of the absence of it. (Also see next question)

Q3: Your first full-length release is "Circular Supremacy". In which relation does this title stand with the lyrical concepts about death, death-experience, other dimensions and demons?

A3: I agree with you that Circular Supremacy is an album which are related to much of the above mentioned things, and I would also like to add that the title relates much to the bandname "Tidfall" also. As mentioned above the absence of the time aspect is an important thing, and many of the lyrics can be interpreted with that in mind, as well as other things of course. As goes for the album title, it fits a lot of the settings in the music and lyrics on the album I think. Can time stop, or is the whole existence just repeating itself, if so, is there actually a real time? and what about the individuals who has obtained this insight?

Q4: Why did you changed the label; from Nocturnal Art to Nuclear Blast?

A4: Totally practical reasons actually. When "Instinct Gate" was to be released, Noctunal Art had plans to keep a low profile due to too much workload for Samoth with his new projects and all. When he told us this and we made an agreement with him that if we wanted to change company we could. A little while later Nuclear Blast and some other companies called us. The choice fell on NB cause they had the best deal to offer.

Q5: Are you glad and happy with the work of Nuclear Blast for your second album, "Instinct Gate"?

A5: Yes, so far we are very content with the work they have done, but we're looking forward to do the
next album with them from the start. With "Instinct Gate" Nuclear Blast came into the process quite late, after it was recorded to be specific, and a lot of the things and decisions we should have been working closer on from the beginning wasn't possible to do properly, due to lack of time. But now that's not a problem and the stage is set for a killer 3`rd album!

Q6: Please tell us the deeper meaning(s) of the title "Instinct Gate".

A6: On "Instinct Gate" we wanted to do things a little differrent than with "Circular", both musically and with the lyrics. The album is much more here and now, straight in the face, dealing with more "earthly" matters. Not so much psychosis on the mind stadium (although it's there alright), but psychosis on the flesh stadium, or in the flesh! "Instinct Gate" is the pure archaic,the "no mind, just matter!"

Q7: Why did you choose this title and naming concept? How has the idea been born?

A7: There was'nt any specific reason for focusing on this particular theme, I think it just came natural, as a some sort of, although not direct, opposite to "Circular Supremacy". Technically maybe you can say that a developement in sound and expression also needed some different lyrics too, but as I said, this matter was taken into mind on a later stage and things just came togheter without any specific reason! The song "The Key to the Instinct Gate" is the basis for the album title, as one easily can understand, hehe!

Q8: Tell us the privileges which the Akkerhaugen Lydstudio, your favourite recording palace, offers to you.

A8: We chose Akkerhaugen Lydstudio to record both our two previous albums because we work very well with Torbjørn, the soundengineer there. And he's got a faboulous pizza oven and a big fridge which always is stuffed with beer, so it's no wonder we like it there, hehe! But, seriously he's got a great studio with all the facilities you can ask for, and it's also situated in great inspirational surroundings with great mountains and vast forests, perfect!

Q9: It would be interesting to know more about your personal sideproject "Icon 44". Is it a full-member band and what kind of music is getting played?

A9: You can describe Icon 44 as a musical symbiosis of a man and machine philosophy. The compositorial works are under progress, but I don't yet know when anything will be finished. Only members is me and Abraxas and we don't know if we will bring anybody else into it. If so, probably only on a session basis! Exactly what it will sound like is hard to say at the moment as the material is still "under construction", but we'll be trying out our musical ideas and talent that don't fit the Tidfall concept. Only thing I will say is that it certainly will be something to watch out for when the time comes!

Q10: Last but not least: what are the most beloved musical influences in the complete band?

A10: Hard question actually, as the different members have different taste in music, so I think I only can speak for myself. All music is made by the same tools if you get my drift. One listens to music, sounds and audiovisual material all the time, and some tiny pieces of what you hear, I believe, sticks to your unconsciousness. My theory is that this is what presents itself at a later time as "inspiration", a song or a melody line that suddenly pops into your head. And this is when the musician, with his ability to put lots of pieces, or fragments of music, heard at an earlier time togheter (including it in his musical I), makes a new piece of music, and so on and so on... The originality lies in the way each musician chooses or "feels" the way of putting the fragments toghether (again the musical I). In the end you might say that I'm influenced by everything and nothing?