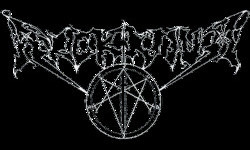 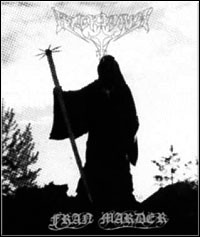 1) I want to be honest: Up to now i only know your masterpiece "Kostoger". I was very pleased when i heard that there will be new material soon (an 11-anniversary CD). Can you give our readers a short overview of the past and the things which will come in the future from the trollish Arckanum universe ?

Ok, first out comes the split 7"ep Arckanum/ Contamino, released through Carnal Records this summer 2002(carnalrecords@hotmail.com), all new material on that 7". And in august 2002 the split 7"ep with Arckanum/ Craft will be released through Carnal Records. And sometime in this autumn Arckanum will release a brand new 7"ep called "Grimalkinz Skaldi", featuring two new songs, I am actuallyin the studio right now recording that one! And sometime during 2003 a split 7" with Arckanum/ Sataros Grief will be released through Carnal Records (surprise!), and this 7" was recording at a studio in US on a Arckanum promotion trip to Necropolis Records in 1997, unreleased material on this one too. And in 2003 come the "Arckanum" LP/ CD, an 11 year anniversary album with only unreleased material and surprises, such as the good old Arckanum video "Gava Fran Trulen" (only with the CD version!) and more... And at last, the 4th full length LP/ CD "Favnaz Samgang" will be released in 2003!! more info on that later on...
That's my plans for now.


2) "Shamaatae do not try to perform as complicated and professionally as possible"
This is a very important aspect of your music i think. Most Hollywood-Metal bands of today´s scene try to be better and better musicians. This is why emotions like anger and hate die out in this cult. Why does this not happen to you ? What is your advise to young and dark underground bands ?


Well, the spirit of darkness and hate is not in the way of handling your instrument. I think the most important instrument is your mind, that's what create the rawness and grimness, I am not a good guitarist, but I can handle it, and that is enough. My heart is black and my mind is infected with Pans plague, and that is what create the bitter feeling in Arckanums creations. To all bands that read this, listen to the black flames that burns inside. Lucifers torch is the guidance to what we all seek. Simpleness is the key to beauty and Chaos. 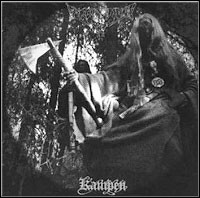 3) Can you give us a short view into the lyrical and psychological concept ? Why ancient Swedish ? What does mean "Necronomicon"and chaos theory to you ? How has it changed your life ?

I like the ancients because of their simple way of living and thinking. I often do ancient rituals in the woods as the vikings, but I call the dark gods & godesses of the northern realms, such as Loki & SurtR & Fenris & Jörmungand & Hel! I don't need this stressed society in my rotten life. I like to be way off in woods, channeling the dark force in to my mind and creating a world of Pan in my head. Chaos theory is a theory that structures my way of living, I am chaos theory in flesh. I am a misanthope, so you know my goals. Death to mankind and cosmos, Hail the Gods of and Chaos itself!


4) Which Bands do you listen to ? Which old heros influenced Arckanum´s music ? Do you consider yourself as an "Metalhead" ?

Eh, I don't know really. I listen to CARPATHIAN FOREST, CRAFT (SWE), DARKTHRONE, MAYHEM, DIABOLICUM, SODOM, CELTIC FROST, THORNS, BATHORY, a lot of classic music, jazz & swing, ancient Hellenic music, ancient Swedish, Norwegian, Icelandic music. And a lot of more Metal bands, I will not name them all... I am my own influence.

Fuck heros, there ain't none.


Ok thats it thanks !